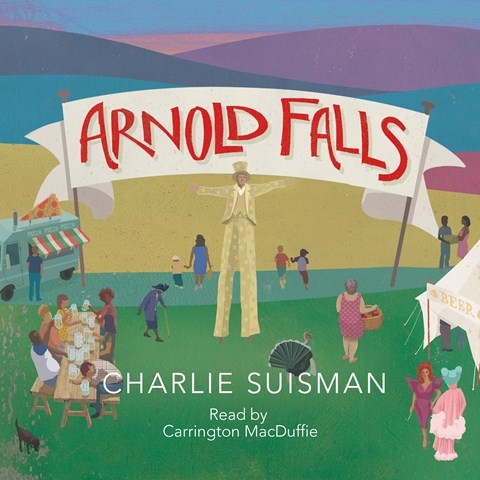 Narrator Carrington MacDuffie doesn't miss a beat presenting the quirky town of Arnold Falls (named after Benedict Arnold), in the Hudson Valley, New York. Its lovably eccentric residents and the author's charming writing are enhanced by MacDuffie's sublime delivery. Listeners meet Jeebie Walker, a gay 40-something New York City transplant, and his wide circle of friends. Things are in a tizzy, as Jenny Jagoda is running against Mayor Rufus Meierhoffer, and the masterful Jeebie is her campaign manager. Each character has appeal (even the villains), and the contrasting voices are flawless: 92-year-old shrewd waitress Aunt Doozy "forces" Meierhoffer to debate sweet but tough Jagoda, and spunky Nelle, who thinks "the Supremes improved when Diana Ross left," sings beautifully for a Jagoda political ad. An uplifting gem. S.G.B. Winner of AudioFile Earphones Award © AudioFile 2021, Portland, Maine [Published: JANUARY 2021]