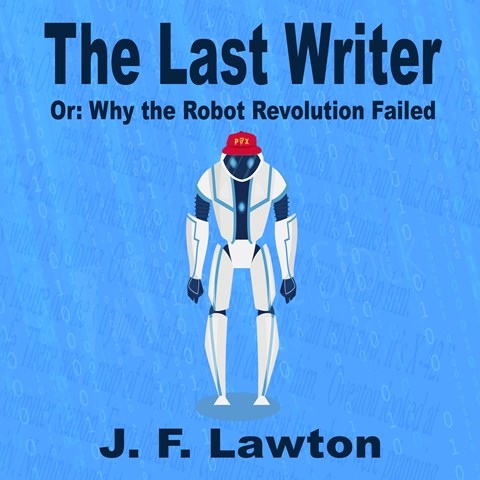 THE LAST WRITER Or: Why the Robot Revolution Failed

Narrator Micah Mason introduces Kyron, an aging robot who was among a group designed to wipe out humanity during several failed Robot Revolutions. Kyron now has a job in pizza delivery--along with the occasional assassination assignment. As exuberantly portrayed by Mason, he is a believable mix of sarcasm toward humans and kindness toward his beloved cats. His latest mission is to kill Simon Page, the last "conventional" writer in a world filled with flawless computer-generated books. Mason increases the action and emotion when Kyron reads Page's books, and something odd happens--he finds some good points, despite his internal programming NOT to like what he reads. This clever spoof on robots, revolutions, AI, and writing offers a satisfactory and surprising conclusion. S.G.B. © AudioFile 2021, Portland, Maine [Published: JANUARY 2021]