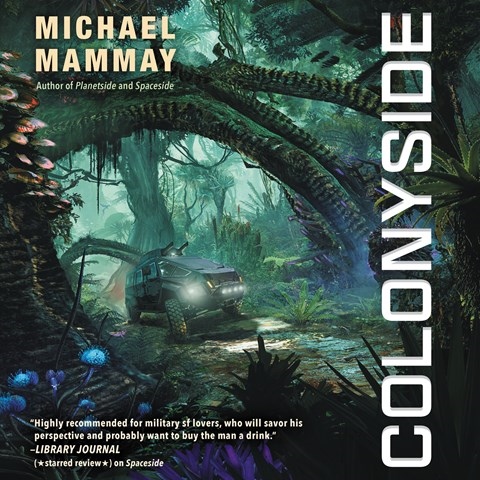 Narrator R.C. Bray's commanding voice perfectly suits this story of a disgraced colonel and a CEO's missing daughter. Carl Butler hoped to live out his days on an ignored planet but agrees to take on what should be a simple case: finding a missing daughter. He heads to a new colony, where he is soon on familiar ground as he encounters explosions and a corrupt government. Bray's narration features strong character differentiation. The story's twists and turns build intrigue as Bray keeps the plot thundering forward. Both fans of the series and newcomers will fall under Bray's spell as he delivers this relatively self-contained, well-plotted sci-fi adventure. J.M.M. Winner of AudioFile Earphones Award © AudioFile 2021, Portland, Maine [Published: FEBRUARY 2021]