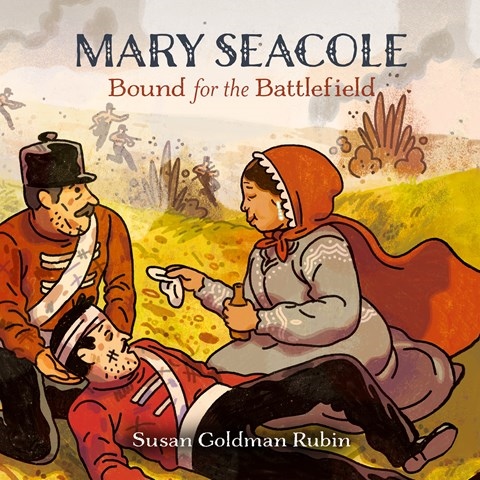 MARY SEACOLE Bound for the Battlefield

Narrator Adjoa Andoh introduces Mary Seacole, who was born in 1805 to a Jamaican mother and a Scottish father; she married a British officer. While growing up, Mary observed her mother making medicines, and she later traveled to war-torn areas to help out. Andoh's Seacole is irrepressible despite fighting racism and prejudice--even that exhibited by Florence Nightingale. Andoh is at her best when Mary boldly joins the front line in the Crimean War after paying for her own medical supplies. Seacole is enlivened by Andoh's spirited voice as she takes food and medicine to the soldiers, which is challenging for a "plump woman," as she calls herself. Journalist William Russell brought her fame and donations, but she was broke when she returned to England. Listeners of all ages will appreciate meeting this extraordinary woman. S.G.B. © AudioFile 2021, Portland, Maine [Published: FEBRUARY 2021]