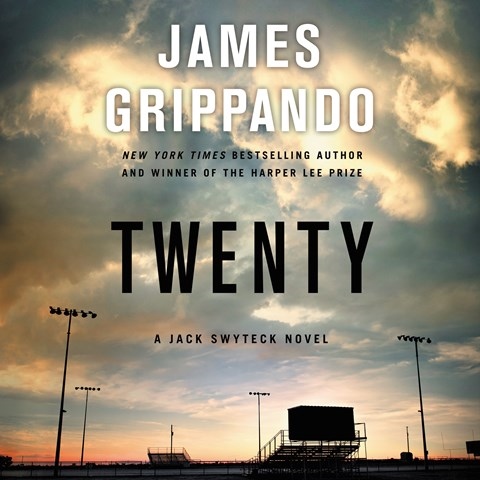 The Jack Swyteck series continues as the defense attorney finds himself representing a student accused of a school shooting. Complicating the case is his wife, Andie, an FBI agent who becomes caught up in the case. Narrator Jonathan Davis does a nice job varying voices and tempo as the story unfolds. A father's temper surfaces with a brewing anger that Davis captures well. A young woman important to the case sounds annoyed and curt; her backstory will show why. Theo, an associate of Swyteck's, has a deep, deliberate tone, while Lilly, Andie's friend, goes through a series of emotions, all shaped deftly by Davis. This is a thriller, and Davis keeps listeners close to the action and emotions. M.B. © AudioFile 2021, Portland, Maine [Published: MARCH 2021]