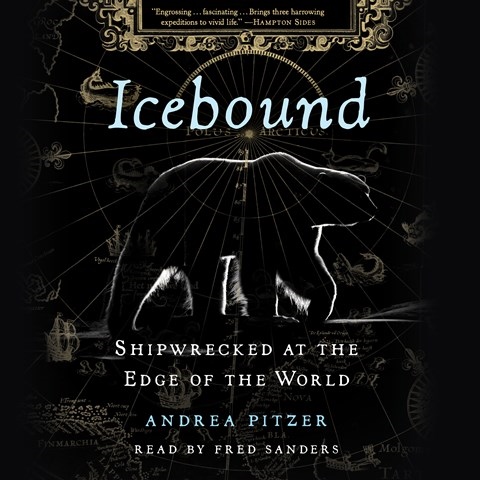 ICEBOUND Shipwrecked at the Edge of the World

Narrator Fred Sanders's grave voice and understated performance work well for this grim and brutal history of Arctic exploration. In the sixteenth century, Dutch explorer William Barents set out three times from Amsterdam to search for a northeastern passage through the Arctic to China. Everyone made it home the first time. The second time, Barents lost crew members to polar bear attacks, drowning, and a mutiny. The third expedition was a disaster, with the ship lost and the crew forced to overwinter in the Arctic. Sanders's narration is quiet and grim, a style that makes the grisly polar bear attacks easier to handle. But the unrelenting misery of cold and death recounted in such an even tone also makes it a challenge to stay engaged. A.B. © AudioFile 2021, Portland, Maine [Published: JUNE 2021]