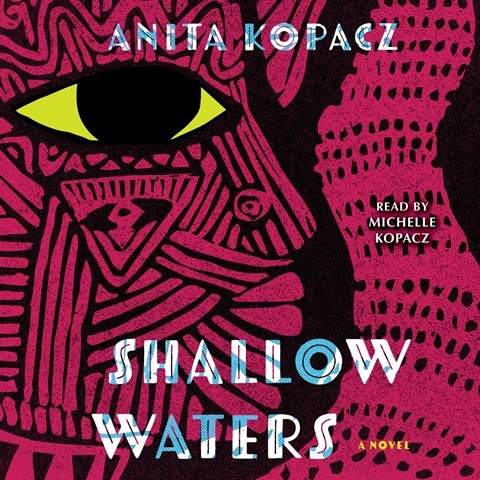 This lyrical debut reimagines Yemaya, the Yoruba Orïsha (deity) of the sea, as a merwoman who falls in love with a human. When the human is captured by enslavers, Yemaya follows the ship to America, where she is soon captured herself. On her journey to freedom, Yemaya encounters many luminaries, including Harriet Tubman and Frederick Douglass. The combination of an Orïsha character and many historical figures gives the audiobook a fable-like quality. Michelle Kopacz's narration fits the tone perfectly. Her deep voice is warm and measured. This is an audiobook about the power of stories, and listening to Kopacz deliver it is by turns enraging and healing. She's excellent with all the characters, but it's the way she embodies Yemaya's determination and spirit that will capture listeners' hearts. L.S. © AudioFile 2021, Portland, Maine [Published: SEPTEMBER 2021]