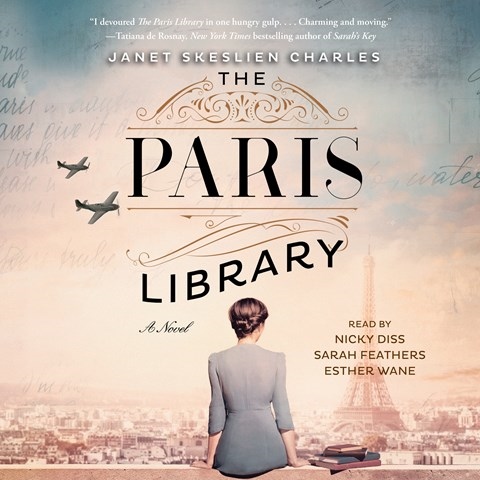 Three narrators present a little-known story about the American Library in Paris during the Nazi occupation. The two main characters are a precocious preteen named Lily, who lives in Montana in 1983, and a librarian named Odile, who lives in Paris in 1939. Narrator Nicky Diss presents a sunny, high-spirited Lily, who is passionate about books and in love with the Dewey Decimal System. Narrator Sarah Feathers offers an understated yet substantial portrait of Odile, who reveals how she and library staffers tried to save the ALP by defying the Nazis--and suffered the consequences. When the war bride and the teenager meet in Montana, their mutual love of books unites them. Narrator Esther Wane deftly handles the third-person chapters. S.J.H. © AudioFile 2021, Portland, Maine [Published: FEBRUARY 2021]