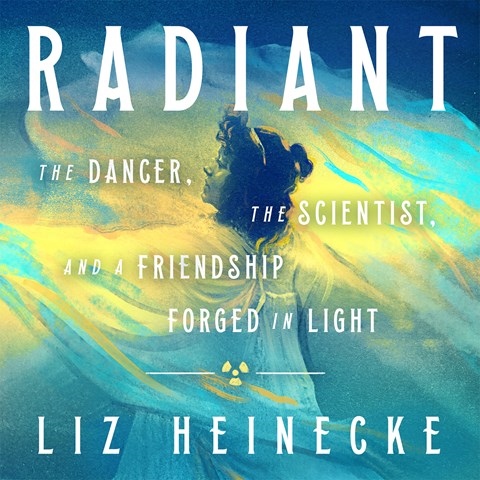 RADIANT The Dancer, The Scientist, and a Friendship Forged in Light

Narrator Moira Quirk transitions smoothly between accents in this double biography of Loie Fuller and Marie Curie, two women who distinguished themselves in the late nineteenth century. Quirk's general narration is characterized by a crisp British accent that enlivens the author's details as she describes the times in which these very different women became friends. Using an American accent, Quirk defines artist Loie's Midwestern roots and expresses her passion for showmanship, especially when she discovered how radiant materials enlivened her dance performances. Portraying Marie Curie with a middle-European accent, Quirk captures the physicist's devotion to science as she follows the path of radium's development from "panacea to public health nightmare." Overall, Quirk's narration does justice to Heinecke's engaging writing and the lives of two groundbreaking women. S.W. © AudioFile 2021, Portland, Maine [Published: APRIL 2021]