Home»Reviews»A SHOT IN THE MOONLIGHT 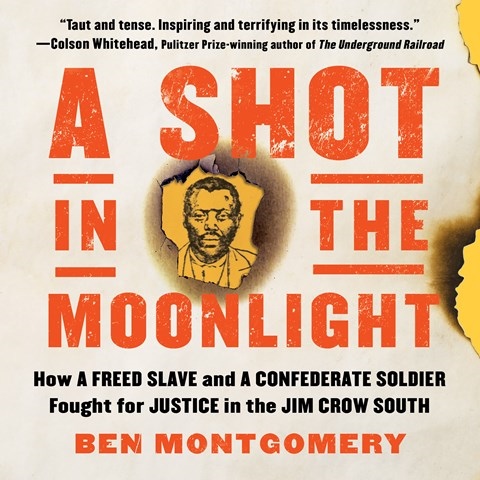 Zeno Robinson is a gifted vocal artist who immerses listeners in this haunting narrative of George Dinning, a Black man who lived in late-nineteenth-century Kentucky. Dinning was convicted of manslaughter in the shooting of Jodie Conn, a white man who was among the mob who came to his home in the middle of the night. This is a sadly familiar story of racial injustice, but with several twists: Dinning won damages in federal court after being pardoned by the governor of Kentucky. Robinson smoothly delivers the carefully researched first-person accounts, newspaper editorials, and excerpts from trial transcripts. He presents Dinning and his impressive white Southern lawyer, Bennett Young, with intelligence and equanimity. Montgomery gives a sincere delivery of his author's note. M.J. © AudioFile 2021, Portland, Maine [Published: FEBRUARY 2021]