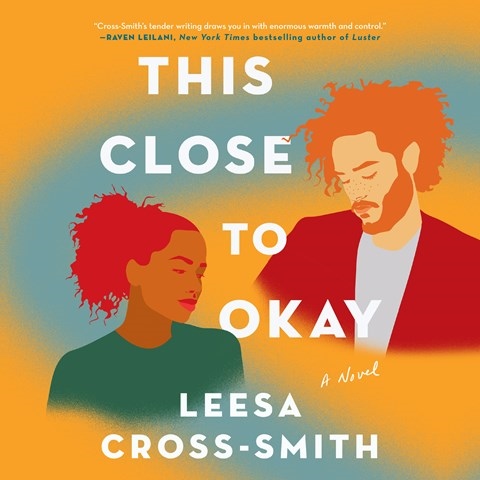 THIS CLOSE TO OKAY

Kamali Minter and Zeno Robinson narrate a quietly powerful story about grief, loss, and second chances. When Tallie sees a man standing on the side of a bridge in the rain, she pulls her car over to speak with him. Emmett has followed a difficult path to that bridge, but he agrees to go for coffee with Tallie instead of seeing his path to its end. Minter gives Tallie a generally buoyant and cheerful delivery despite the difficulties she has faced--but doesn't shy away from her justifiable anger or sadness. Robinson's portrayal of Emmett is complex and evolving, shifting from wary and alert to open and honest and to raw and grief-stricken as his story unfolds. Both Minter and Robinson succeed at delivering affecting performances. K.M.P. © AudioFile 2021, Portland, Maine [Published: APRIL 2021]