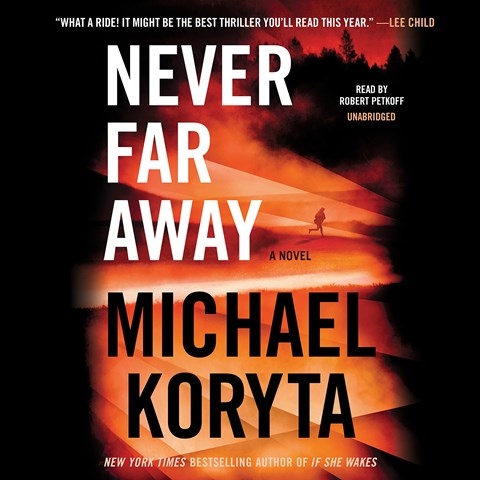 In another satisfying collaboration between the author and narrator Robert Petkoff, the listener hears the story of Nina, who once testified against her wealthy boss when his lethal crimes were revealed. Forced to leave her husband and young kids rather than endanger them, she changed her name to Leah, moved to Maine, and cut off all contact. Ten years later, when her husband is killed in a car accident, her children follow instructions to find "Aunt Leah." Soon two groups of hired guns come after them--but who's hunting whom? Petkoff, whose portrayal of an angry teenager is as convincing as that of a hit man, keeps listeners engaged through myriad plot twists. The good writing and well-drawn characters in this audiobook make the journey worthwhile. L.W.S. © AudioFile 2021, Portland, Maine [Published: FEBRUARY 2021]