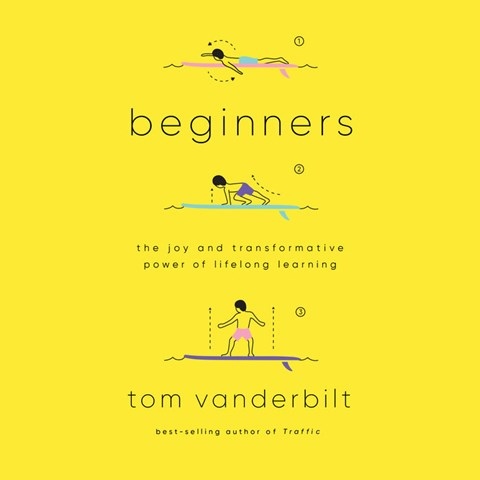 BEGINNERS The Joy and Transformative Power of Lifelong Learning

Taking a cue from his young daughter's curiosity and enthusiasm for trying new things, author Tom Vanderbilt embarks on his own journey to learn new things. Narrating himself, he describes how his outlook was transformed as he learned to play chess, sing, draw, surf, and juggle during adulthood as a novice, asserting that this beginner status for hobby-type activities is often not pursued after childhood. Vanderbilt's pleasant and upbeat narration reflects the reigniting of his curiosity and his humility in accepting "being bad at something." His experiment led to his opening up his world, and the openness of his voice is a testament to this renewed attitude. S.E.G. © AudioFile 2021, Portland, Maine [Published: APRIL 2021]