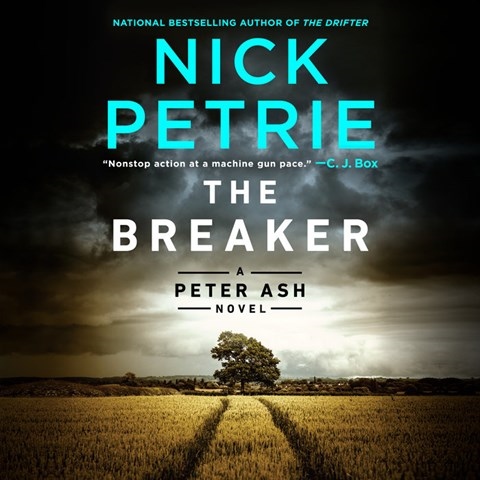 As the Peter Ash series continues, the quiet life that former Marine Peter is trying to achieve with his girlfriend, June, and his friend, Lewis, comes to a sudden halt. The three find themselves embroiled in a chase to stop an evil, narcissistic force and his sociopathic henchman. Narrator Stephen Mendel crafts the story with individual voices that reflect the characters' personalities. June comes across as strong-willed, while Peter remains fairly calm. His pal, Lewis, is given an identifiable deep voice. Minor characters are well done--especially Edgar, whose flat, slightly higher-pitched voice reflects his lack of a conscience. Listeners may actually look forward to scenes with Edgar solely for his voice. As the thriller mixes in AI, Mendel does well with machines, too. M.B. © AudioFile 2021, Portland, Maine [Published: MARCH 2021]