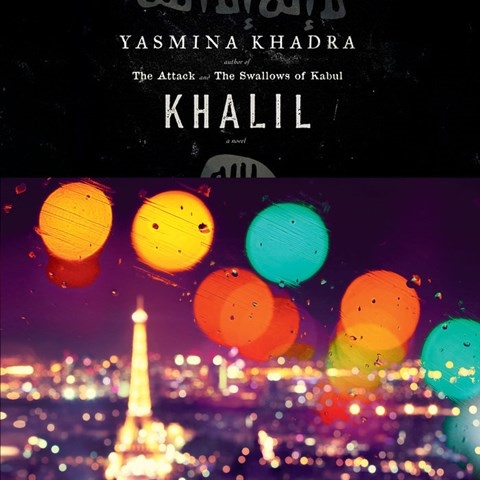 Narrator Peter Ganim dramatizes the choices facing Khalil, a young man who has been radicalized by Islamic extremists in Europe. The descendant of Moroccan immigrants in Belgium, he fails in his quest to detonate a suicide vest. Ganim maximizes the internal conflict that runs through Khalil's life on the run after his failure. He presents Khalil in a sympathetic light as he reveals the young man's internal complexity. Ganim sounds grave, contemplative, and slightly scared as Khalil is hunted by the police and the extremists. The narration captures the growing suspense. Ganim is well known for his expertise in presenting stories from the Arab world, and once again he shines. M.R. © AudioFile 2021, Portland, Maine [Published: APRIL 2021]