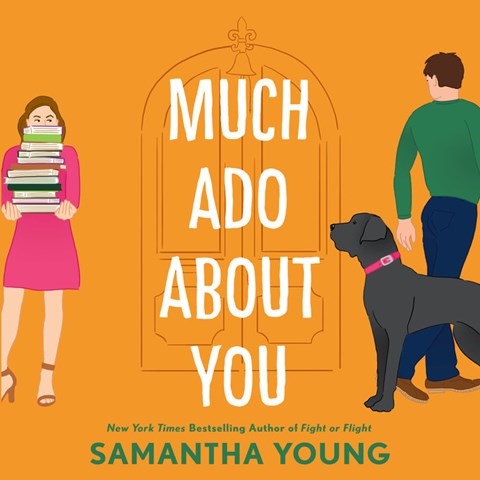 MUCH ADO ABOUT YOU

Narrator Imani Jade Powers has the listener wanting to hop a plane and fly to England for a pint and a visit to the Much Ado About Books shop. Chicago native Evie Starling needs a break and takes a vacation in England to run a bookshop for a few weeks. She quickly becomes immersed in the town where the shop is located. While there, she meets farmer Roane Robson when she saves his dog. Powers expertly switches from Evie's American accent to that of the villagers, even making a distinction between Roane's Scottish brogue and his cousin's more upper-class accent. She also captures Roane's tender feelings for Evie. The first-person point of view will have listeners empathizing with Evie, and Powers's gentle pacing matches the tone of the story. S.B. © AudioFile 2021, Portland, Maine [Published: MARCH 2021]