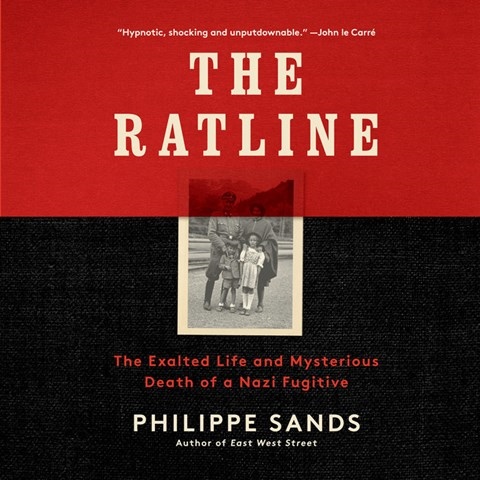 Two uniquely matched voices tell the story of Nazis escaping Europe through Rome's "Ratline" after WWII. Author Phillippe Sands focuses on the life story of Otto von Wächter, the Nazi governor of Galicia and Krakow, who was complicit in the murder of many thousands of Polish Jews, including members of Sands's own family. Wächter's son, Horst, leads Sands to a family trove of diaries and letters; those sections of the audiobook are delivered in alternating chapters by narrator Stephen Fry. Familiar as the voice for the Winnie-the-Pooh stories, Fry is a close voice match for Sands, who is himself an accomplished narrator. But Fry's deliberate, expressive narration expertly underscores the essence of Sands's story--which is rooted like some dark German fairy tale in domestic respectability. German actress Kayja Riemann has a small--too small--role here. D.A.W. Winner of AudioFile Earphones Award © AudioFile 2021, Portland, Maine [Published: FEBRUARY 2021]