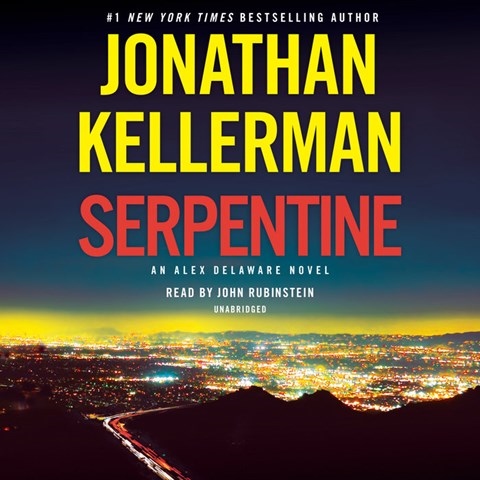 Narrator John Rubinstein employs all his theater, television, and film experience to bring the latest Alex Delaware thriller to life. Rubinstein sparkles as he contrasts the brilliant psychologist Delaware with LAPD homicide detective Milo Sturgis as they solve a decades-old murder case involving a rich and influential woman's search for her mother's killer. Rubinstein clearly differentiates the two major characters and distinguishes the minor characters with recognizable qualities. Even the city of Los Angeles, with its well-known landmarks, such as twisty Mulholland Drive, comes alive as a character. Fans of the Delaware-Sturgis duo will find lots to enjoy, and new listeners may be inspired to start from the beginning of this long-running series. R.O. © AudioFile 2021, Portland, Maine [Published: MARCH 2021]