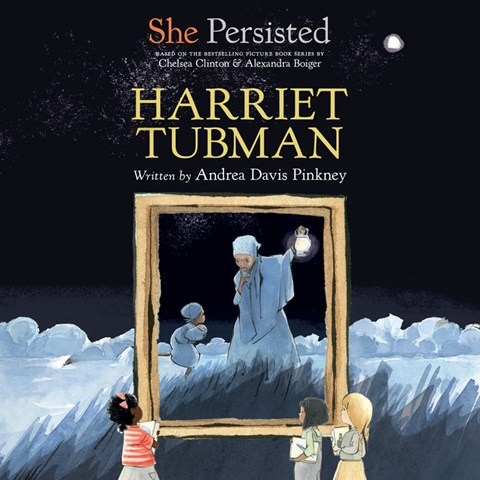 Bahni Turpin's clear and forceful narration highlights the inspiring story of Harriet Tubman in this accessible biography for children. The work doesn't shy away from the realities of slavery but gives a clear understanding of the lives of enslaved people while also illuminating their faith, pride, and love through the lens of Tubman's story. Turpin compassionately captures young Minty's [Harriet] longing for freedom, along with the determination that led her to escape enslavement as an adult. Listeners hear of her bravery as she helped to guide others to freedom on the Underground Railroad, as well as her work as a Union spy. The title begins with a note narrated by Chelsea Clinton, which sets the tone for the launch of the SHE PERSISTED series of biographies for children. E.E.C. © AudioFile 2021, Portland, Maine [Published: MAY 2021]