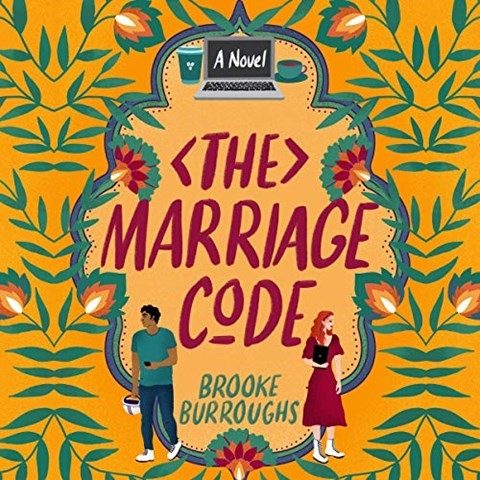 Immersive performances by Soneela Nankani and Vikas Adam add dimension to the characters in this light story about a work rivalry that turns romantic. Adam and Nankani work well together as they tell the story from two perspectives. They bring humor and warmth to their roles as Emma, a project developer, and Rishi, an app developer, who, despite their differences, must work together on a project based in India. Adam moves seamlessly in and out of an Indian accent, especially in his portrayal of Rishi's mother, whose motherly instinct and anxiety about societal expectations he deftly conveys. Nankani's portrayal of Emma--which blends insecurity and enthusiasm for food and culture--makes her likable and relatable. M.F. © AudioFile 2021, Portland, Maine [Published: JANUARY 2021]