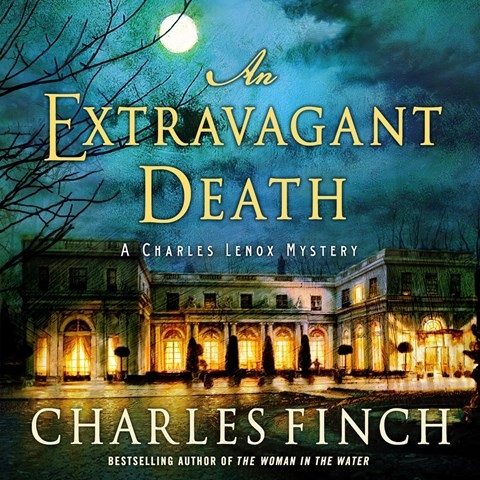 The latest installment in the Charles Lenox Mysteries takes our beloved detective away from his hearth, home, and newborn daughter on a diplomatic trip to turn-of-the-century America. Over time, Langton has perfected the transitions between Lenox's aristocratic way of speaking and working-class British accents. Langton's American accents, by contrast, do not roll off his tongue with such ease and can at times sound slightly nasally. However, any shortcomings on that front can be forgiven in view of the overall elegant, graceful tone that is Langton's hallmark for this series. In the U.S. Lenox is pulled headlong into investigating the death of a debutante in a magnificent Newport mansion. Peppered with fascinating local history, this is a riveting listen for mystery and history lovers alike. E.E. © AudioFile 2021, Portland, Maine [Published: JUNE 2021]