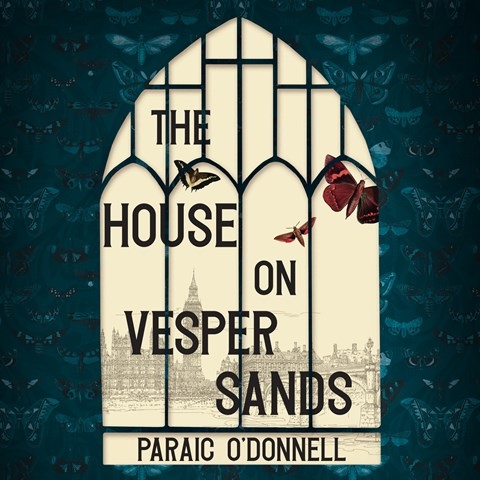 THE HOUSE ON VESPER SANDS

Set in nineteenth-century London, this entertaining mystery is made all the more fun by Charles Armstrong's animated narration. The disappearances of a lord, a clergyman, and several women; the drugging of a young milliner; the suicide of a seamstress; and rumors of an occult society bring together the unlikely duo of Scotland Yard's Inspector Cutter and Cambridge University dropout Gideon Bliss. Octavia, an aspiring investigative journalist, is also determined to involve herself in solving the myriad cases. With spot-on voices and accents, Armstrong captures each character's personality and social class, highlighting, for example, a butler's snobbery, Gideon's sophomoric ramblings, and Octavia's frustration with her boss. Armstrong varies his pacing and vocal tone to build the mystery's gothic elements and does justice to Cutter's quick wit. C.B.L. © AudioFile 2021, Portland, Maine [Published: MARCH 2021]