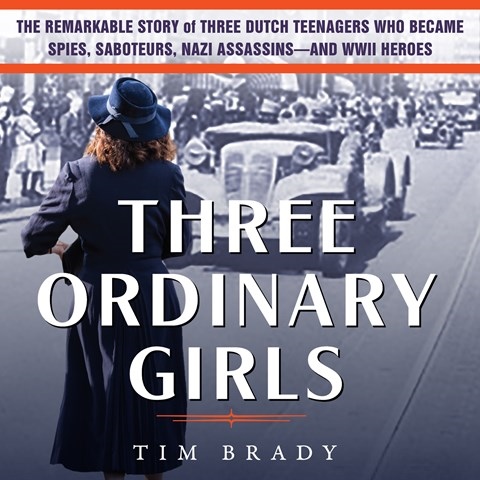 Narrator David de Vries takes a straightforward approach to this journalistic account of how three teenagers--sisters Truus and Freddie Oversteegen and friend Jo Schaft--became actively involved with the Nazi resistance movement based in Haarlem, The Netherlands. De Vries's expressive delivery emphasizes the girls' improvisational training as they learned to lie, steal, plant homemade bombs, and even assassinate enemy soldiers. Listeners hear about the trio's successes and failures in transporting Jewish children to safety and distributing underground newspapers and how the girls, especially Jo, became Nazi targets. The Dutch and German names and words flow smoothly from de Vries's tongue, adding authenticity to his performance. The teens acted on their convictions, standing up to tyranny and protecting others, proving that ordinary people can indeed become heroes. C.B.L. © AudioFile 2021, Portland, Maine [Published: APRIL 2021]