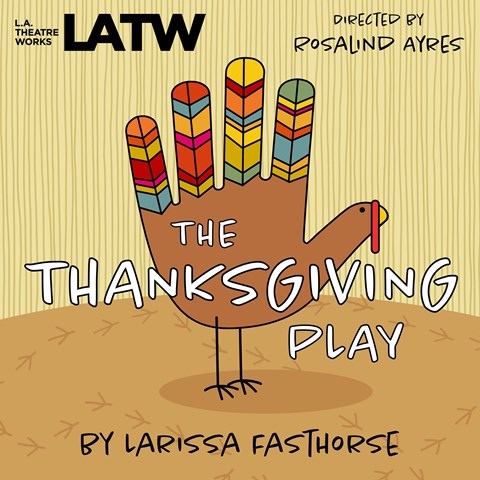 This four-character production undertaken by L.A. Theatre Works is a send-up of woke culture, a satire of political correctness, and a most entertaining listening experience. The four actors capture the zeitgeist with controlled mayhem. Liza Weil plays well-meaning Logan, who is directing an elementary school drama production with an eye toward grantors. She is trying her best to stitch together a "culturally sensitive" play about Native Americans with four white players, no script, and historical references that make every issue "an issue." The result is a laugh-out-loud play about play making. Ellis Greer's Alicia, Josh Stamberg's Jaxton, and Mark Jude Sullivan's Caden give life to woke stereotypes. All four performers are very fine. And there's an insightful interview with playwright and MacArthur Fellow Larissa FastHorse at the audiobook's end. A.D.M. Winner of AudioFile Earphones Award © AudioFile 2021, Portland, Maine [Published: MARCH 2021]