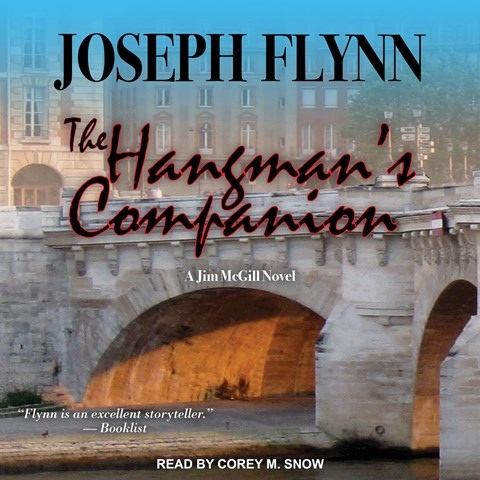 At the opening of this exciting audiobook full of global intrigue, Jim McGill, the "president's henchman," takes a case in Paris while his wife, a politician, is in London at a G8 meeting. A former police colleague has killed a man while trying to rescue a young woman the man was beating. There are just two problems: No one can find the woman, and the people of France want to murder the American because the abusive man he killed was their top-performing soccer star. Narrator Corey Snow makes excellent uses of accents. He offers highly identifiable voices for American, French, and British characters and ensures that the plot is easy to follow. V.M.G. © AudioFile 2021, Portland, Maine [Published: JANUARY 2021]