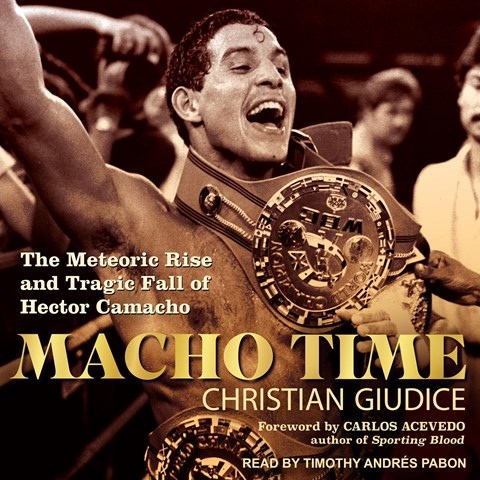 The rags-to-riches-to-rags story of Hector "Macho" Camacho is characterized by the boxing champ's reckless living and poor behavior out of the ring. But in the squared circle, he was fearless. Timothy Andrés Pabon narrates with clear diction and beautiful pronunciation of Spanish names, which are important to the story. He imparts the right amount of emotion and helps paint a picture of a champ who remains defined by his selfish lifestyle. The narration puts the listener in the ring as Pabon represents the boxer and those around him with just the right touch. A son of the boxer, for instance, has an understandably frustrated tone when he talks about being perplexed by his father's actions at times, while "Macho" himself comes across as brash. Boxing fans will like this dive into Camacho's life. M.B. © AudioFile 2021, Portland, Maine [Published: APRIL 2021]