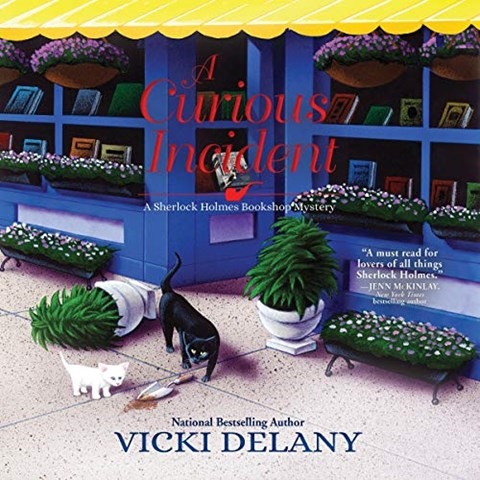 Listeners explore a darker side of garden clubs in this nod to one of Conan Doyle's most well-known Sherlock Holmes stories. Gemma Doyle gets paid $10 by an 11-year-old girl to prove that her mother is not guilty of murder. Sheila Tierney is suspected of poisoning Anna Wentworth out of revenge for the destruction of her garden, which she blames on Anna. Narrator Kim Hicks heightens the humor of the audiobook as Gemma tries to stay out of the case but keeps getting dragged into it. Gemma, the Sherlock Holmes figure in this series, sounds analytical and largely devoid of personal emotion. In contrast, her friend Jane, the Watson figure, speaks in a gentle voice that makes her sound naïve at times. Listeners may find certain character voices to be shrill, but overall they will still enjoy the audiobook. V.M.G. © AudioFile 2021, Portland, Maine [Published: MARCH 2021]