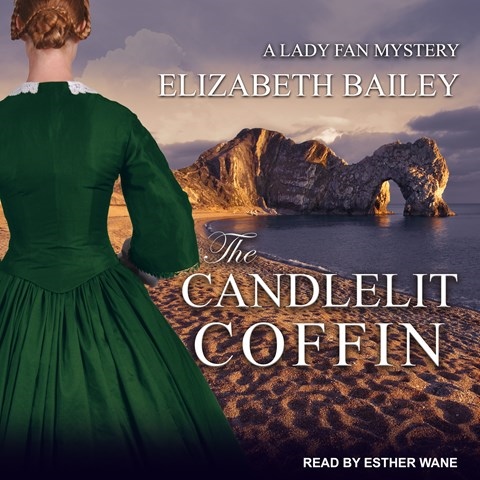 In this audiobook, set in 1791, a murder victim has been placed in a coffin dug up from its grave. In the spirit of a classic mystery, narrator Esther Wane prevents this macabre event from becoming one of horror. Someone has dumped a skeleton out of its coffin and put the body of actress Dulcibella in it, and then surrounded the coffin with candles. When Colonel George Tretower turns to Ottilia for help, he finds her in mourning over the stillbirth of her son. Wane's depiction of Ottilia's grief will have listeners empathizing with her pain. In addition, Wane's matter-of-fact approach helps listeners accept the story's unusual reversal of gender roles during a historical period with strict social mores. V.M.G. © AudioFile 2021, Portland, Maine [Published: APRIL 2021]