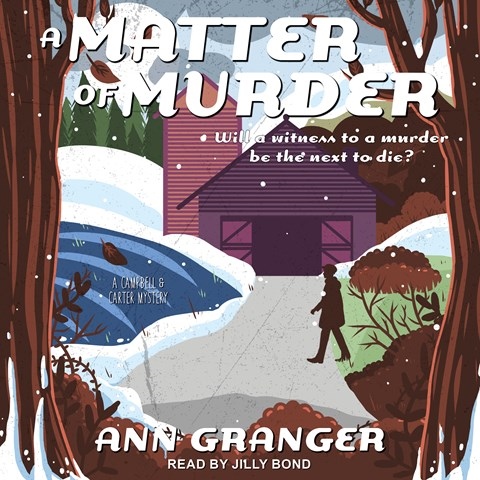 A MATTER OF MURDER Campbell and Carter, Book 7

Narrator Jilly Bond tells the story of a homeless man, Miff Ferguson, who witnesses the dumping of a murder victim. The body proves to belong to the youngest in a family of shiftless locals. After Inspector Jess Campbell is brought into the case, another member of the same family is found torched in his van. Bond gives convincing portrayals of people from various classes through her use of accents. Listeners will especially appreciate her skill at portraying the rivalry between the junior detectives, who are depicted as if they were squabbling brothers. V.M.G. © AudioFile 2021, Portland, Maine [Published: APRIL 2021]