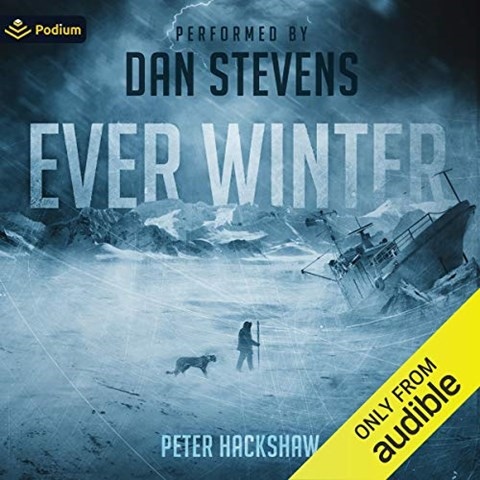 Folks picking up this audiobook because it is narrated by Dan Stevens ("Downton Abbey") will not be disappointed. Stevens proves once again that his acting training translates perfectly to audiobook narration. The postapocalyptic ice world of this fantasy features a spoken language that is an amalgamation of English, Spanish, and a bit of futuristic slang that derives from both. Stevens sounds like a native speaker, allowing listeners to feel immersed. When the plot starts to wander, Stevens's magnificent delivery retains one's attention. He shows off his considerable talent when he drops in and out of characters' voices, convincing listeners they are hearing a full cast. A.R.F. Winner of AudioFile Earphones Award © AudioFile 2021, Portland, Maine [Published: FEBRUARY 2021]