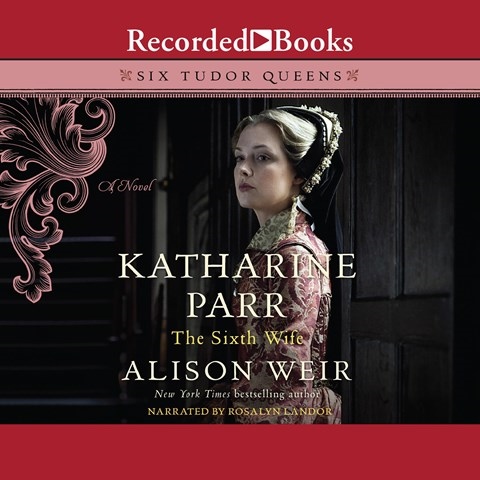 Narrator Rosalyn Landor beautifully portrays Katharine Parr, Henry VIII's last wife. Katharine plans to marry Tom Seymour, but after beheading his most recent wife for adultery and treason, Henry fancies 30-year-old Katharine. What choice does she have? She sacrifices marriage to Tom to become queen. Religious turmoil still plagues the kingdom, and court intrigue puts Katharine in danger for her reformist beliefs. Landor makes listeners feel Katharine's strong sense of duty to God, her country, and her king-- as well as her terror of the king's mercurial whims. After Henry's death, when she eventually marries Tom, Landor delivers Katharine's dismay at his inappropriate behavior with Princess Elizabeth. Katharine's loyalty, her scholarly bent, and her compassion for the king's children are perfectly detailed in Landor's performance. Superb listening! S.J.H. Winner of AudioFile Earphones Award © AudioFile 2021, Portland, Maine [Published: MAY 2021]