Home»Reviews»THE SUN AND HER STARS 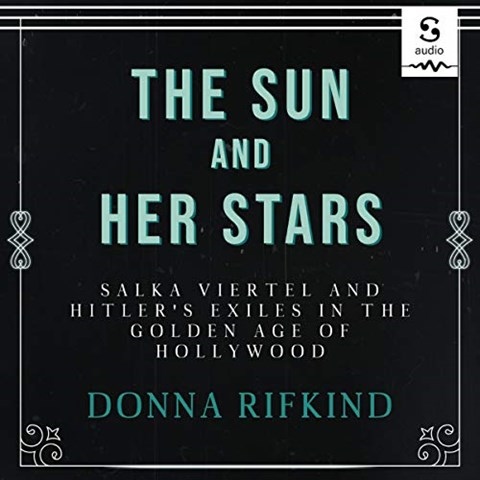 THE SUN AND HER STARS

During the 1930-40s, Austrian actress turned screenwriter Salka Viertel maintained her salon in Santa Monica as a refuge for the emigré community of German and other European intellectuals. At one point in time, Viertel earned the highest screenwriter salary on the MGM Culver City lot. Even with the well-written content of this audiobook, Heather Henderson's narration, while competent, seems on automatic pilot. Her performance is less than fully engaging. An extraordinary character, Viertel aided emigrés in any number of helpful ways, such as securing visas and raising funds. This little-known classic Hollywood portrait deserves the telling, and the listener will learn much despite its workmanlike narration. W.A.G. © AudioFile 2021, Portland, Maine [Published: MARCH 2021]