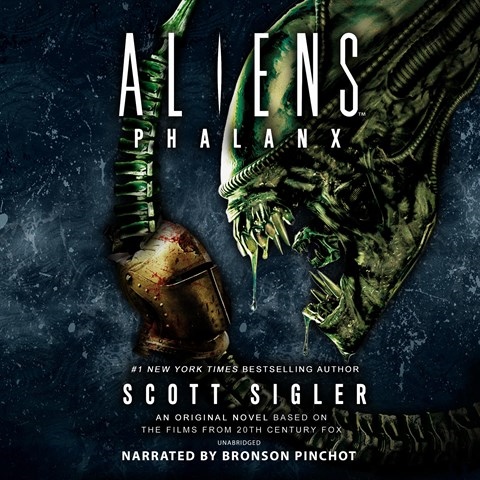 Bronson Pinchot expertly narrates this audiobook addition to the Aliens film franchise, set in a world 100 years after the Xenomorphs (or demons, as they are called here) landed and wiped out the majority of human homesteaders. Pinchot begins by narrating slowly and deliberately during the world-building, but he ramps up his pitch and speed as the tension mounts. He gives each character a distinct speaking voice, including an individual tone and cadence. By giving characters distinct speaking ticks, Pinchot helps listeners differentiate the large cast. His theatrical narration will give fans of the movie series everything they love while smoothly immersing unfamiliar listeners in this universe. A.R.F. Winner of AudioFile Earphones Award, 2021 Audies Finalist © AudioFile 2021, Portland, Maine [Published: MARCH 2021]