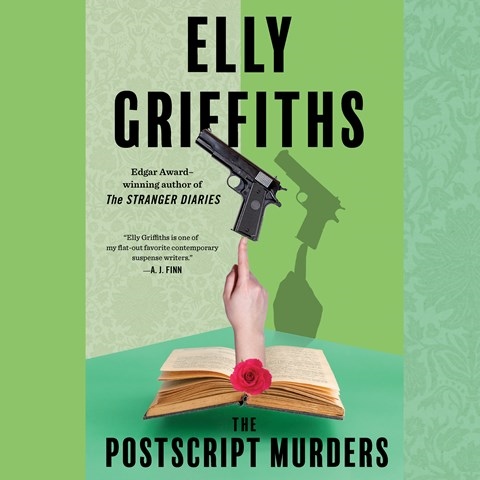 When 90-year-old Peggy Smith is found dead in the English seaside town of Shoreham, no one believes foul play has taken place. But her caregiver, Natalka, has suspicions, especially when she learns Peggy served as a murder consultant to a coterie of mystery writers. Actress Nina Wadia juggles the multiple narrators' voices and accents well, including those of Natalka, friends Edwin and Benedict, and Detective Harbinder Kaur, who headlined the first book in this series. As these four characters set out to solve Peggy's murder, the victims pile up, along with the motives, and the foursome's relationships mature in the process. Their entanglements will delight listeners, and as will fun references to books and their authors. L.W.S. © AudioFile 2021, Portland, Maine [Published: MARCH 2021]