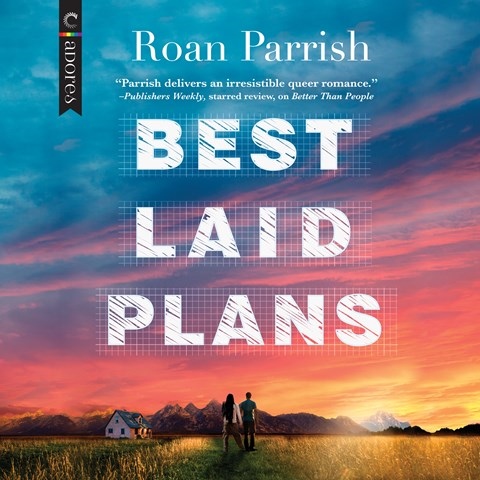 In the second title of the LGBTQ+ romance series Garnet Run, narrated by Greg Boudreaux, city boy Rye leaves Seattle for the home he inherited in a small town in Wyoming. Charlie has spent his whole life in that town, caring for his younger brother and putting others before his own dreams, which soon include the newcomer who walks into his hardware store. Boudreaux gives characters distinct voices full of emotion. Most notably, he captures Rye's wary surliness and Charlie's down-to-earth, helpful charm. Though Boudreaux narrates with a precise style of enunciation, it doesn't distract the listener from the story of Charlie and Rye's budding relationship. A.L.S.M. © AudioFile 2021, Portland, Maine [Published: MARCH 2021]