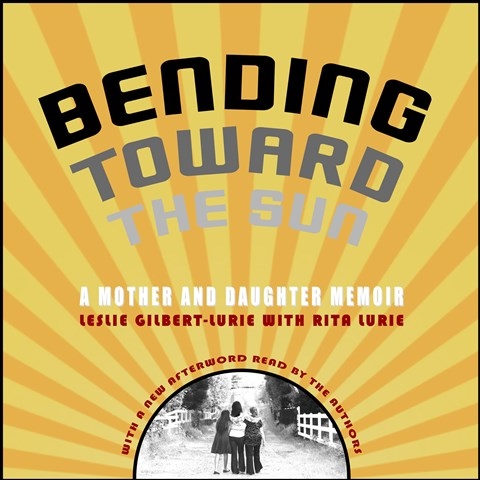 BENDING TOWARD THE SUN A Mother and Daughter Memoir

Rita Lurie's family was hidden by fellow Poles during WWII; this account describes the family's lives before, during, and after the war, as well as the effects of multigenerational PTSD. Narrator Beata Pozniak's authentic accent works well for the Polish characters. As she acts out the parts during the war, she captures tense discussions, arguments, and even pleading by Lurie's parents and the gruff Polish families who helped them. The balance of the story is delivered by daughter Leslie Gilbert-Lurie. She describes her mother's life in the U.S. and delivers a lengthy discussion of PTSD as experienced by Holocaust survivors and transmitted to their children. While Gilbert-Lurie's loud, harsh American tones interrupt the emotional flow of the memoir, the discussion of PTSD is an important one. M.B.K. © AudioFile 2021, Portland, Maine [Published: JULY 2021]