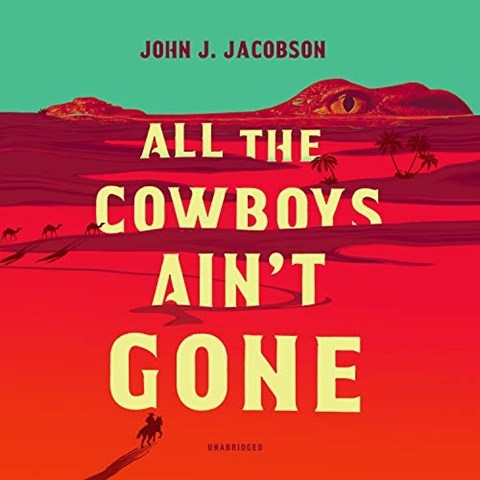 ALL THE COWBOYS AIN'T GONE

Grover Gardner surely had fun narrating this rollicking adventure. He doesn't miss a beat and is spot-on in his voicing of the Texas protagonist and the French, German, British, and North African characters who inhabit the fantastical Kingdom of Mur, the novel's fictional North African location. The homespun hero, Lincoln Smith, finds the turn of the twentieth century too modern and seeks adventure abroad, which he finds and then some as he tries to join the French Foreign Legion. He endures enough scrapes and near-death experiences to fill a box of dime novels. He's like those won't-go-out birthday candles--he can't be killed by crocodile, bullet, or blade. An enjoyable escapade suitable for listeners from 10 to 100. A.D.M. © AudioFile 2021, Portland, Maine [Published: APRIL 2021]