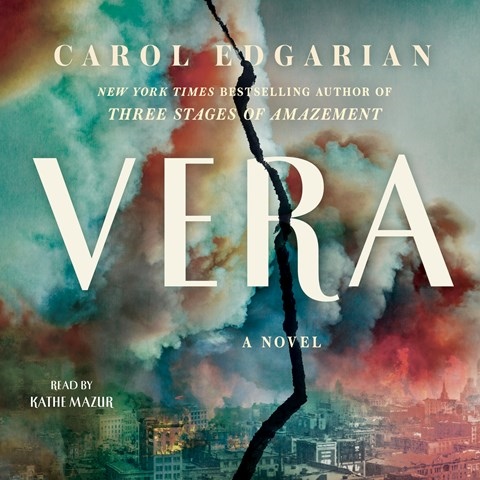 Narrator Kathe Mazur carefully crafts the diverse characters in this entertaining novel. Her accents--which range from Swedish to Viennese--add to the audiobook's appeal. A talented mimic, Mazur cleverly shades the various female characters' voices. Her commanding portrayal of Rose, the absentee mother of the title character and madam of an eponymous brothel, reveals the powerful woman at her most vulnerable during the days after the 1906 San Francisco earthquake. Mazur's rendition of whip-smart 15-year old Vera captures her ability to see all sides of people, good and bad. Listeners will vividly imagine turn-of-the-century San Francisco, replete with scoundrels and kindly prostitutes. All are enlivened by the engaging Vera, a survivor who tells her own story. A.D.M. © AudioFile 2021, Portland, Maine [Published: MARCH 2021]