Home»Reviews»HOW THE WORD IS PASSED 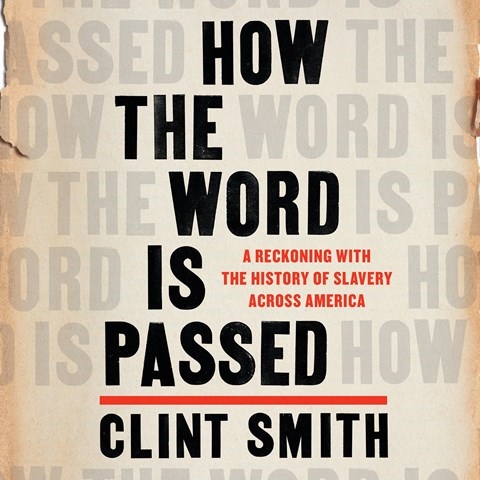 Poet and journalist Clint Smith's debut work of nonfiction captivates as he explores the ways that we Americans confront and reckon with the legacy of slavery in the United States. His resonant voice moves with a poet's rhythm as he takes listeners to former plantations, on historical tours, and to Angola Prison. Many sites are in the American South, though he also includes eye-opening experiences in New York City and in Dakar, Senegal. Listeners meet those who are working to explore the gaps in our historical records and helping to uncover the true history of these sites. He also points out those who are willfully ignoring the historical record, relying on shared nostalgia instead. Smith's personal reflections, especially his conversations with his grandparents, make a lasting impact. E.E.C. © AudioFile 2021, Portland, Maine [Published: MAY 2021]