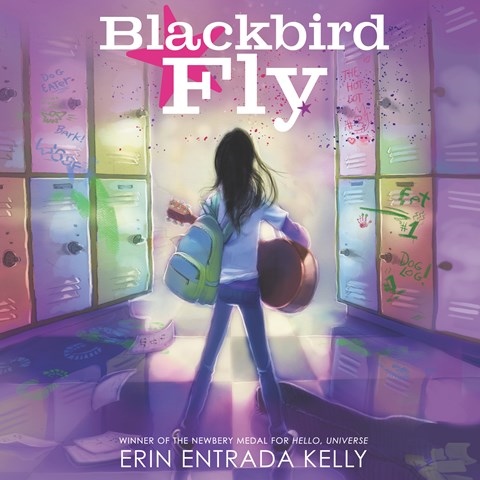 Narrator Ferdelle Capistrano introduces 12-year-old Analyn "Apple" Yengko and her mother, who have moved from the Philippines to Louisiana. Listeners will hear their conversations and join Apple and her classmates at school. Apple is a huge Beatles fan who treasures a music tape that has her late father's name printed on it. Capistrano vividly portrays those who bully Apple for being different and captures her mother's resentment of Apple's assimilation. As narrator, Capistrano especially shines in her depiction of Apple's favorite teacher, who offers to teach her to play guitar, hoping to counter the bullying. Things look up as Apple makes new friends, independent Evan Temple, who helps her speak for herself, and timid Heleena Moffet. Together, the three show an unexpected side of themselves, which surprises the whole school. S.G.B. © AudioFile 2021, Portland, Maine [Published: APRIL 2021]