Home»Reviews»HOME IS NOT A COUNTRY 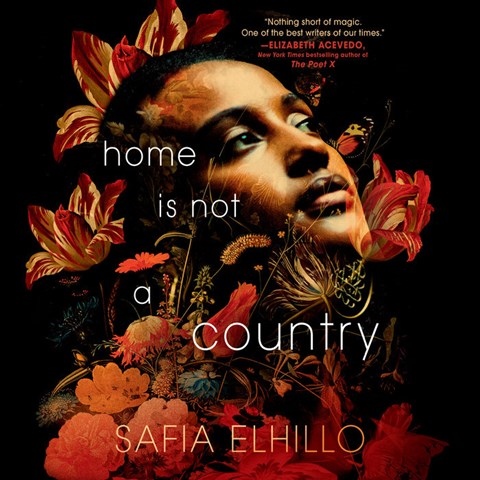 HOME IS NOT A COUNTRY

Author and narrator Safia Elhillo delivers an unflinching performance of this light fantasy told in verse, introduced by narrator Christopher Myers. Nima feels trapped--ostracized by her town yet not accepted by the country her mother comes from. When her friend is hospitalized because of an Islamophobic attack, Nima begins a journey accompanied by a version of herself that never came to be but fights to exist. Together, they explore the choices Nima's mother made that led to the present. Elhillo's narration is consistently paced to support the verse. However, listeners may struggle to differentiate characters in conversation, and some of the story's emotional impact is blunted by her detached tone. A.K.R. © AudioFile 2021, Portland, Maine [Published: JUNE 2021]