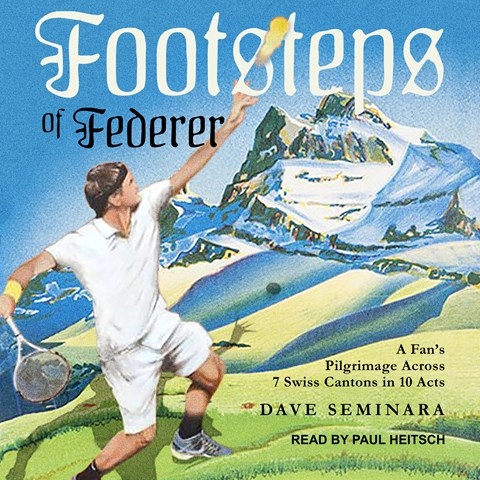 Dave Seminara loves tennis and hero-worships champion Roger Federer. Narrator Paul Heitsch makes sure that we understand these things about Seminara with a performance that adeptly reveals the enthusiasm, humility, and sincerity of the author. After a long struggle with autoimmune disease and an injury, Seminara decides to combine his own return to the court with a trip around Switzerland, following in the footsteps of the greatest player of all time. He visits the villa where Roger and Mirka married, the church where their children were baptized, and the court where he lost 6-0, 6-0 as a 10-year-old. Heitsch captures the audiobook's charm and irreverence--Seminara steals a tennis club towel as a souvenir and meets a dentist who extols Mirka's beautiful teeth--as well as the fundamental decency of the author and hero. A.B. Winner of AudioFile Earphones Award © AudioFile 2021, Portland, Maine [Published: MARCH 2021]