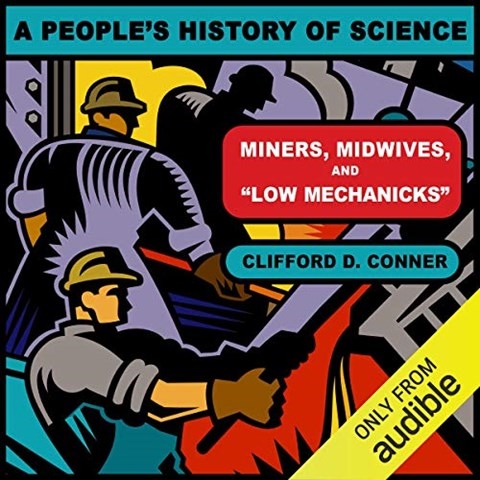 A PEOPLE'S HISTORY OF SCIENCE Miners, Midwives, and "Low Mechanicks"

Sometimes there's a bit of awe in narrator Rick Adamson's voice--as when he tells listeners how the night sky was used as a compass by Indigenous seafarers and when he lists the plants bred by the Indigenous people author Conner calls Amerindians. Mostly, Adamson narrates Conner's stories of ordinary people who have contributed to science in a voice that clearly conveys information. Listeners will hear of Africans' knowledge of rice cultivation and smallpox inoculations, port guidebooks created by sailors, a women's self-help movement, and the development of the computer language Basic, among many other topics. The uglier side of science is revealed in discussions of witch hunting and eugenics. Adamson shows keen enthusiasm for tracing the many strands of scientific knowledge and makes clear Conner's disdain for elitism in science. J.A.S. © AudioFile 2021, Portland, Maine [Published: JUNE 2021]