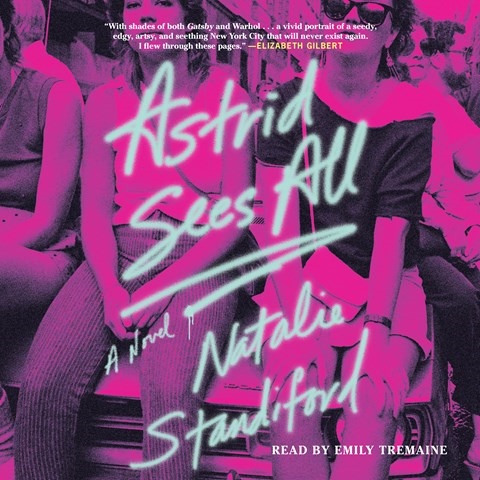 Emily Tremaine narrates a quirky coming-of-age story that has the feel of a memoir. Twenty-something Phoebe moves to New York City in the 1980s. While Tremaine's pacing can be halting and her phrasing a tad deliberate, her character portrayals are distinct and believable. In a youthful timbre and hesitant tone, she captures Phoebe's struggles with identity and self-reliance. Phoebe is deeply invested in her relationship with her friend, Carmen, whose social ease Phoebe aspires to. Most impressive is Tremaine's evocation of the novel's varied settings--Brown University, with its mostly privileged student population, and the East Village club scene, with its drug culture. The East Village is also where Phoebe works as the fortune-teller Astrid. M.J. © AudioFile 2021, Portland, Maine [Published: MAY 2021]