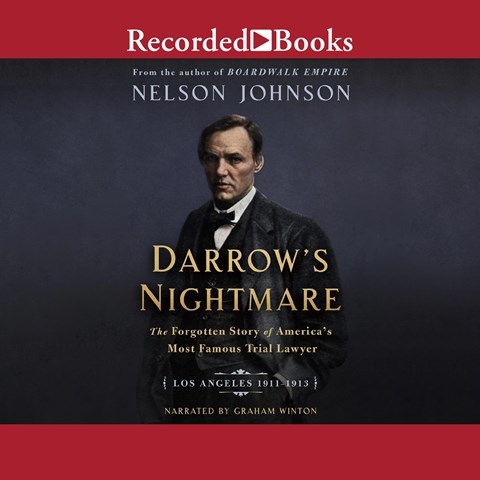 This audiobook brings to life one of the early twentieth century's most noteworthy advocates of the labor movement--the famed attorney Clarence Darrow--and his sympathetic wife, Ruby. Graham Winton's skillful narration also illuminates this era's fierce battles between industrialists and labor, which culminated in the October 1, 1910, bombing of the LOS ANGELES TIMES building, which killed 20 people. Darrow represented the McNamara brothers, who were indicted for those crimes. While serving as their attorney, he was accused of, and tried on, charges of jury tampering. Winton's inquisitive tone and steady pace immerse listeners in the riveting legal proceedings. He conveys the well-researched particulars with precision and clarity, allowing listeners to easily absorb them. M.J. © AudioFile 2021, Portland, Maine [Published: MAY 2021]