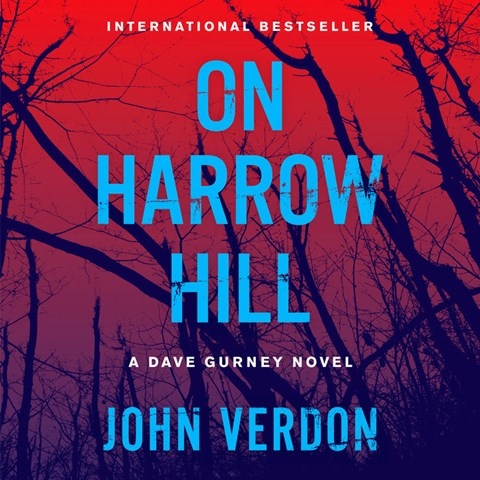 In the seventh entry in this series, narrator Scott Brick navigates one plot twist after another. Retired NYPD cop Dave Gurney lends a hand when his former partner, Mick Morgan, investigates a lurid murder in the village of Larchfield. When its patriarch is found dead in his mansion, the number one suspect is Billy Tate. He has plenty of motive but is inconveniently killed by lightning. Or is he? Brick utilizes a rich timbre as he describes the picturesque Harrow Hill and adds an emotional edge as Gurney reveals clues and eliminates suspects. One of Brick's many talents is flawless timing, which he especially applies as the story approaches its shocking end. R.O. © AudioFile 2021, Portland, Maine [Published: MAY 2021]