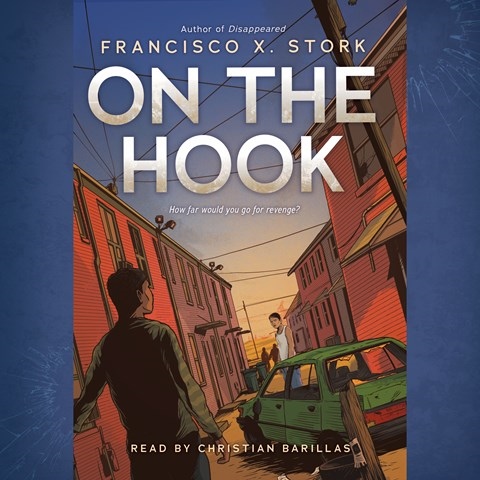 Stork returns with a reimagining of his 2006 novel, BEHIND THE EYES. Narrator Christian Barillas's facility with accents adds to the believability of 16-year-old Hector, his family, and Joey, a bullying classmate. Time has passed since Hector's father's death. His brother Fili has recovered from depression, and Hector's own life seems rich with potential. Barillas portrays Hector's humility at winning an essay contest, his modesty at being the star of the school chess team, and his timidity around Joey. Just when things are mostly going well, Joey kills Fili. In a fog of despair and blinding rage--fully captured by Barillas--Hector cripples Joey's brother. When Hector and Joey are placed in a military school, Barillas dramatizes Hector's struggles with his conflicting needs for revenge and for healing. S.W. © AudioFile 2021, Portland, Maine [Published: JUNE 2021]