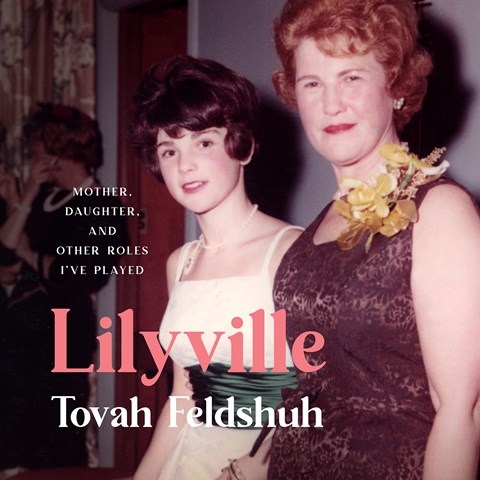 Author/narrator Tovah Feldshuh's memoir is a highly entertaining look back at her life as a successful stage and screen actor, as well as an unsentimental remembrance of the force of nature that was her mother, Lily. As Tovah was growing up, Lily was generous with criticism but stingy with praise. Tovah longed for her mercurial mother's approval. Feldshuh offers witty reflections on her early life as a privileged Westchester teen, her mother's snide put-downs, and her more than 40 years doing stage and screen roles. Feldshuh won four Tony nominations and two Emmys, and earned critical raves for her performance of the title role in YENTL. Feldshuh's career and her prickly relationship with Lily make this top-notch listening. S.J.H. © AudioFile 2021, Portland, Maine [Published: MAY 2021]