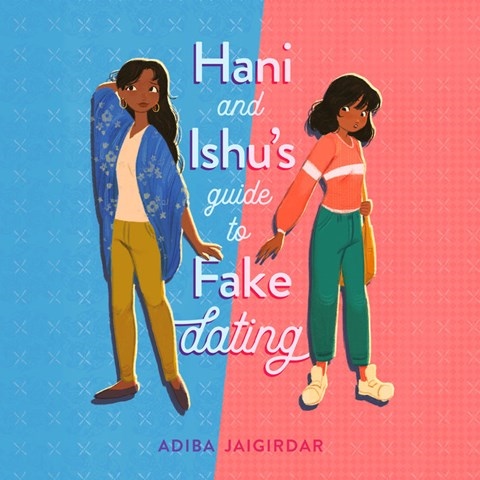 Dual narrators add dimension to this audiobook in which rom-com tropes tell a serious story. Despite their many personal differences, Bengali-Irish classmates Hani and Ishu strike a deal: They'll fake a relationship so that Hani can convince her skeptical friends of her bisexuality and Ishu can gain enough popularity to become head girl and win her parents' respect. Initially, the charade works, but even as they grow closer, the girls encounter the painful consequences of seeking external validation. Narrator Reena Dutt is light and emotive as the people-pleasing Hani, while Shubhangi Karmakar's husky tones and deliberate pacing are well suited to intense, prickly Ishu. Both narrate in Bengali-inflected Irish accents, delivering exactly the kind of authentic, well-characterized performances needed for a story of hard-won self-realization. R.A.H. © AudioFile 2021, Portland, Maine [Published: AUGUST 2021]