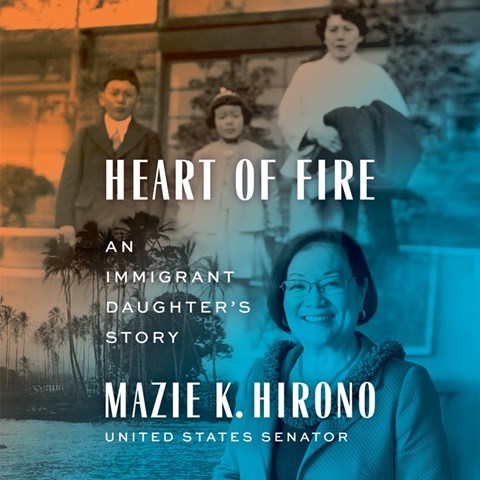 Although she was born in a rural town in Japan, the author moved to Hawaii with her mother and older brother in 1951, when she was a young child. She says of her mother, who single-handedly supported her children: "She had a heart of fire and would always pick herself up and try something else, seek another way forward." That grit is displayed by her daughter, now the junior senator from Hawaii who has taken on everyone from Al Franken to Lindsey Graham (though they once co-sponsored legislation) and, most vocally, Donald Trump. With a lightly accented lilting voice, Hirono chronicles her experiences as a public servant, first in Hawaii and then in Congress, lamenting the increasingly partisan behavior she has witnessed, particularly over the past five years. This is balanced by her obvious warmth and love for family, as she attributes her success and determination to the example set by her mother and the support of her husband, Leighton. L.W.S. © AudioFile 2021, Portland, Maine [Published: MAY 2021]